Where I live Cookshire Quebec in the Eastern townships down near the USA border. The web address http://www.barryaulis.ca now comes here.

It’s not what you’re willing to fight for,

It’s what you are willing to die for.

I just had to re-post this one.

“It doesn’t matter until it does,

Songs of a distant youth. Legendary group and classic albums. To the family and his Rush band mates deepest condolences. He goes to join that great band in the sky. RIP Neil Peart 1952 – 2020. 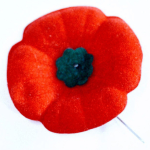 so, at the eleventh hour, of the eleventh day, of the eleventh month, the war that was to end all wars came to an end. For those of that generation it came to be called the Great War but an even greater more destructive one would come to be in the next generation. World War One would be followed by World War Two and lesser wars would continue to be unto our own times.
“We give pause, at this time, and on this day each year
to remember those who served,
those who sacrificed,
and those who paid the final price.”

Here we go again, another federal election and no one to vote for. Voted first thing on Friday the first day for the advance poll. By the time I got in 5 people came after me and when I left shortly afterwards another half dozen lined up. We may very well have a hung Parliament and this post is to show you a set procedure for dealing with the process of government formation.

The fourth Monday after the election (November 18th) the House of Commons reconvenes. In the morning you have the swearing in of the members and in the afternoon the election of the Speaker of the House. After the Speaker is sworn in the Speaker then asks the Members of Parliament who has the confidence of the House to form a government?

For the last Parliament the most senior Members for the Liberal, Conservative, and NDP parties would stand up and the Speaker would ask each in order of seniority who the Governor-General should call upon to form a Government. Each would give the name of their Party Leader. Actually any MP could stand up and nominate someone but by custom and precedent only those who know they will have 17 members to stand up and second that nomination do so. After the nominating is done the Speaker asks is there 17 members to endorse each nominee (5% of the House or 17 of 338)? Which is a formality and the Speaker advises the Governor-General to call upon the three nominees to form a Government.

The Governor-General on Tuesday morning calls them all in and asks them to submit a membership for a cabinet and to give that list tomorrow. On Wednesday morning the all go back and give the list for a Council of Minsters to serve in the 42nd Parliament. Wednesday afternoon the Speaker asks the Members of Parliament which of these council-designates have their confidence to form the Government of Canada.

And your done! Even works if all members are independents.